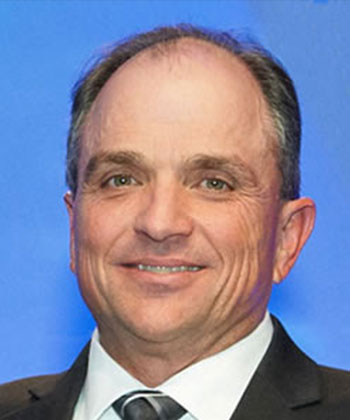 Richard D. Miller (Rick) is a senior scientist at the Kansas Geological Survey (KGS), a research and service division of the University of Kansas (KU). He also holds a courtesy appointment as associate professor of geology at KU. Rick received a B.A. in physics from Benedictine College, an M.S. in physics (emphasis geophysics) from KU, and a Ph.D. in geophysics from the University of Leoben, Austria. He has been a research scientist at the KGS since 1983. His scientific interests focus on the application of shallow, high-resolution seismic methods to a wide assortment of problems ranging from energy to engineering to the environment, and while in pursuit of research success over the last two decades he has competed for and secured over $14 million in sponsorship.

Distinguished by his peers for ground-breaking research in near-surface seismology, Rick was selected SEG’s Inaugural Honorary Lecturer in Near Surface Geophysics in 2012, with lectures at 26 locations over a four-month period in the U.S., Europe, the Middle East, Africa, Asia, and Australia. He has been invited to present keynote/presidential addresses at a number of international conference venues around the world; a few noteworthy examples include AAPG/SEG/SPE GEOBahrain; EAGE Amsterdam; ICEG in Al Alin, UAE; and ICEEG in Wuhan, China. Rick has delivered invited talks at dozens of universities, government agencies, and professional society meetings. He has published more than 90 refereed journal articles and a half-dozen book chapters, while amassed an H-index of 24. His presentation at AAPG AM in 2002 garnered him the Excellence in Presentation Award and he has received three Best of SAGEEP awards for presentations at EEGS AM in 2002, 2006, and 2007.