Meet The Technical Advisor Board 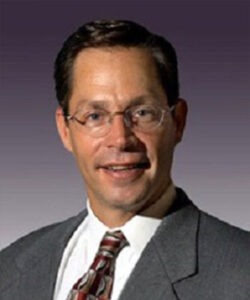 Prior to joining GTI as VP of Geophysical Technology, Tom Fleure served as Senior Vice President of Geophysical Technology for Global Geophysical Services from its inception in 2004 until 2016 as well as serving on the company’s Board of Directors from 2004 until 2010. During his tenure he helped manage the transition from cabled recording systems to the proprietary AutoSeis nodal recording platform as well as record over 6000 square miles of high quality long offset and wide azimuth multi-client library in several unconventional resource plays in the United States. Prior to participating in the founding of Global Geophysical, Tom Fleure held various technical and managerial positions for 22 years at Western Geophysical and its successor companies including Resident Manager for Saudi Arabia, Managing Director for Nigeria, as well as Operations Manager for Western Hemisphere Marine.

With more than 33 years of experience in the seismic industry, Tom Fleure has a broad knowledge of exploration geophysics ranging from field parameter testing to signal processing. His areas of expertise and research include advanced vibroseis techniques and vibroseis sweep design as well as 3D acquisition geometry and design. He holds multiple patents in these disciplines. Mr. Fleure received a BSc Degree in Geophysical Engineering from the Colorado School of Mines in 1982. 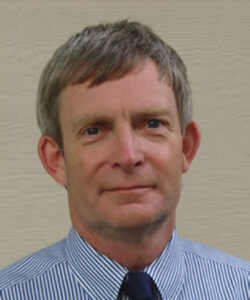 Dave Monk holds a PhD in Physics from Nottingham University in the UK. He is currently Director of Geophysics and a Distinguished Advisor at Apache Corporation. Having started his career on seismic crews in Nigeria he has subsequently been involved in seismic processing and acquisition in most parts of the world. Author of over 100 technical papers or articles and a number of patents, Monk has received “Best Paper” awards from the Society of Exploration Geophysicists (1992 and 2005) , the Canadian SEG (2002), and was recipient of the Hagedoorn Award from the European Association of Exploration Geophysics (1994).

Richard D. Miller (Rick) is a senior scientist at the Kansas Geological Survey (KGS), a research and service division of the University of Kansas (KU). He also holds a courtesy appointment as associate professor of geology at KU. Rick received a B.A. in physics from Benedictine College, an M.S. in physics (emphasis geophysics) from KU, and a Ph.D. in geophysics from the University of Leoben, Austria. He has been a research scientist at the KGS since 1983. His scientific interests focus on the application of shallow, high-resolution seismic methods to a wide assortment of problems ranging from energy to engineering to the environment, and while in pursuit of research success over the last two decades he has competed for and secured over $14 million in sponsorship.

Distinguished by his peers for ground-breaking research in near-surface seismology, Rick was selected SEG’s Inaugural Honorary Lecturer in Near Surface Geophysics in 2012, with lectures at 26 locations over a four-month period in the U.S., Europe, the Middle East, Africa, Asia, and Australia. He has been invited to present keynote/presidential addresses at a number of international conference venues around the world; a few noteworthy examples include AAPG/SEG/SPE GEOBahrain; EAGE Amsterdam; ICEG in Al Alin, UAE; and ICEEG in Wuhan, China. Rick has delivered invited talks at dozens of universities, government agencies, and professional society meetings. He has published more than 90 refereed journal articles and a half-dozen book chapters, while amassed an H-index of 24. His presentation at AAPG AM in 2002 garnered him the Excellence in Presentation Award and he has received three Best of SAGEEP awards for presentations at EEGS AM in 2002, 2006, and 2007. 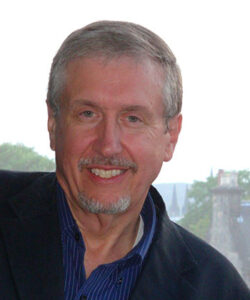 David H. Johnston is Managing Director of Differential Seismic, LLC, a geophysics consultancy. Dr. Johnston retired from ExxonMobil in 2017 after a 38-year career in research, exploration, and production. He was responsible for the development and commercialization of 4D seismic technology in ExxonMobil and was Geophysics Coordinator for ExxonMobil Production Company where he provided technical and business stewardship of ExxonMobil’s global production geophysics activity. He earned a Bachelor of Science degree in earth sciences from the Massachusetts Institute of Technology in 1973 and a Ph.D. in geophysics in 1978, also from MIT. Dr. Johnston has received numerous awards from the SEG and in 2013 he served as the SEG Distinguished Short Course Instructor.

Craig completed B.S., M.S. and Ph.D. degrees in mathematics and then joined Western Geophysical 1981. He has spent his entire career in Schlumberger companies and their antecedents serving in various technical and management positions including VP for R&D and VP, Data Processing. He has received technical and honorary awards from entities such as Litton Industries, Schlumberger and the Society of Exploration Geophysicists, among them the SEG Award for Best Presentation. He has twice received honorable mention for the Best Paper in Geophysics. He is an Honorary Member of the Society of Exploration Geophysics (SEG) and of the Geophysical Society of Houston and is a Foreign Member of the Russian Academy of Natural Sciences.

He has presented papers and published widely on a variety of topics ranging from prestack imaging, migration, acquisition and the connections between acquisition, processing and imaging. He pioneered Simultaneous Source technology and has recently worked in broadband seismic techniques and new methods for sparse inversion. He was the 2001-2002 SEG 1st Vice President and the 2004-2005 President of the SEG. He served as the Fall 2009 SEG Distinguished Lecturer as well as the Esso Australia Distinguished Lecturer and as 2014 EAGE Distinguished Lecturer. He was the Founding Chair of the SEG Committee for Geoscientists without Borders. He has enjoyed postings in Singapore and Rio de Janeiro and now is in Houston, recently retired as Chief Geophysicist for WesternGeco and Schlumberger Fellow (Emeritus).

In retirement, he has served as the General Chair for the 2017 SEG Annual Meeting in Houston and sits on the board of the SEG foundation and is enjoying pursing his passion for underwater photography and video. He has recently been elected President-elect for the Geophysical Society of Houston. 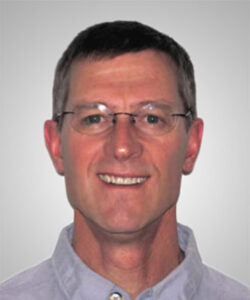 Todd is President of Planetary Exploration Corporation, providing acquisition consulting and project management worldwide. Todd is a 35-year active member of the Society of Exploration Geophysicists. He has served as a Technical Editor for SEG in Seismic Acquisition Oral and Poster presentations since 2010.

Todd received a B.S. in Geophysics from the Colorado School of Mines. At CSM he worked as an instructor for Seismic Field Methods in a hands-on field class for geophysics students. Todd spent his early career as a Field Geophysicist, Party Manager and Supervisor for Western Geophysical in the Middle East and Africa. While working with Western, he wrote several PC programs for refraction analysis and surface-consistent statics that were used on many of its field crews.

Since 1989 he has worked as a Consulting Field Quality Control Geophysicist and Project Manager for more than one hundred projects worldwide.

In 2001 Todd proposed his idea of a simpler, lighter seismic recorder to Aspect Energy. He consulted with Aspect Energy on the concept from 2001-2006. During that time, Todd and his associates were granted several patents for a continuous universal synchronized seismograph. Joining AscendGeo as a full-time employee in 2006, Todd helped with the design and manufacture of the Ultra G4 and G5 recording system and oversaw the field testing in Central America. The Ultra system was the first asynchronous autonomous node recording system.