Meet The Board of Directors 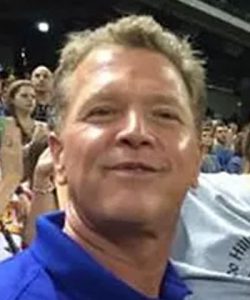 Richard A. Degner is the founder and CEO of Geophysical Technology Inc., an oil field technology firm focused on next generation geophysical technology development. Previously, Mr. Degner was the founder, Chairman, and CEO of Global Geophysical Services, Inc., headquartered in Houston, Texas. Mr. Degner built Global from inception and served as the Chairman, CEO and President from June 2003 to October 2012.
Prior to founding Global Geophysical Services, Mr. Degner spent 3½ years building PGS Onshore around several hundred of the best people in the seismic business. Under Mr. Degner’s leadership, PGS developed an excellent reputation as an innovative and high quality provider of land and TZ geophysical services.
Prior to PGS, Mr. Degner had an accomplished 16-year career with Western Geophysical, where he joined in 1984 after earning degrees in both Geophysical and Geological Engineering from the Colorado School of Mines. Since managing Western Geophysical’s first land 3D seismic project in Latin America in 1985, Mr. Degner designed and/or executed hundreds of land and transition zone 3D projects worldwide. He became the worldwide Land Product Line Leader for Western’s industry leading land and TZ seismic operation. He also served as Vice President of Western Hemisphere Operations. As a leader of the largest geophysical operator worldwide, Mr. Degner established a vast experience base and good reputation from oil and gas clientele throughout the world.
Mr. Degner graduated from Rice University’s Jesse H. Jones Graduate School of Business with a Master’s Degree in Business Administration. He is an active member in the Society of Exploration Geophysics, the American Association of Petroleum Geologists, and served as a board member of the International Association of Geophysical Contractors. Mr. Degner has served on Stanford University’s “Earth Science Advisory Board”, and at the Colorado School of Mines’ “Geophysical Advisory Board”. He is an active member of Gerson Lerhman’s council of Energy Advisors. Mr. Degner was the 2012 regional award winner of the Ernst and Young “Entrepreneur of the Year” program for oil field technology. 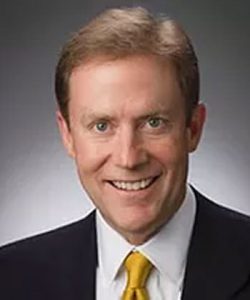 Mr. Hamilton resides in Houston, Texas and is currently the Chairman of TGS-NOPEC Geophysical Company ASA (TGS), a $2.8 billion publicly traded company specializing in providing geoscientific data and services to the oil & gas exploration and production industry. Previously he served as Chief Executive Officer of TGS from 1995 through June of 2009, where he developed the company from a small, privately held niche player in the Gulf of Mexico market to the recognized global leader in multi-client geophysical and geological data products. After earning a bachelor’s degree in physics at the University of North Carolina, Hank began his career as a geophysicist with Shell Offshore (1981-1987), where he gained valuable experience in developing, utilizing and managing seismic acquisition, processing and interpretation techniques. During these years he attended Tulane University’s AB Freeman School of Business at nights, earning 30 course hours of MBA credit. In 1987 he moved to Schlumberger (1987-1995) where he successfully commercialized the business model for multi-client 3D surveys, managed the growth of the company’s marine acquisition business in Europe by expanding the fleet of operated vessels from 6 to seventeen over a two-year period, and ultimately held the position of Vice President and General Manager for all geophysical product lines in North and South America. Mr. Hamilton served on the Board of Directors for the International Association of Geophysical Contractors (IAGC) from 1993-2011 and currently serves on the boards of Odfjell Drilling, the Society of Exploration Geophysics (SEG) Foundation, and the University of North Carolina Arts & Sciences Foundation. He is also Chairman of the board of Defy Ventures, a privately funded New York City based non-profit organization that provides carefully selected, ambitious men and women who have criminal histories with life-changing entrepreneurship, leadership, and career opportunities, and he volunteers extensively at the Prison Entrepreneurship Program in Texas. 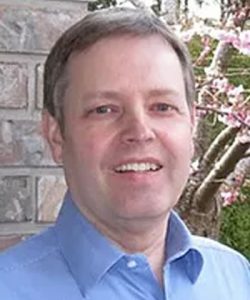 Arthur is a business and community leader with over thirty-three years of experience in an extensive range of leadership roles with emphasis on global leadership, vision and strategy, corporate governance, finance, marketing, information technology and manufacturing. Previously as President & Chief Executive Officer at Creation Technologies, Arthur’s passion for enriching lives was evident in Creation’s people-centered culture. Originally joining Creation as Chief Operating Officer in 2001, he was promoted to President in 2002 and assumed additional responsibilities as Chief Executive Officer in 2006, leading the company through 2013. For 12 years, Arthur served on Creation’s Board of Directors and was a Director for numerous Creation subsidiaries. After serving in various marketing, finance and corporate roles with BC TEL from 1980 onward, Arthur was appointed Treasurer of BC TEL and BC TELECOM Inc. in 1993. He became General Manager of BC TEL Communications Systems in 1995 and was appointed Vice President in 1998. Later in 1998, he was appointed Vice President & General Manager of BC TEL’s International Wholesale division. From 1999 through 2001, he served as Vice President & Chief Information Officer for TELUS Corporation. Arthur graduated from the British Columbia Institute of Technology with an Honors Diploma in Financial Management in 1980 and was the recipient of a number of scholarships and academic awards. In 1983, he obtained his professional accounting designation as a Certified General Accountant and is now also a Chartered Professional Accountant. Arthur graduated from the Advanced Management Program in Telecommunications at the University of Southern California in 1993 and graduated from the Advanced Management Program at the Harvard University Graduate School of Business in 1994. He served as a director for the Fraser Health Authority from 2006 to 2009 and previously served as a Director and/or Officer of various companies and organizations including roles as Director for Telecom Leasing Canada (TLC) Inc., President and Director for BCMP Real Estate Corporation and Vice President and Director for BCT Risk Management Inc. Arthur currently serves as Chairperson and in other volunteer leadership roles with the Sonrise Church and has served with several charitable organizations. Over the years, he has maintained memberships in a variety of professional organizations including the Conference Board of Canada, the Financial Executives Institute, the Canadian Information Processing Society and the Vancouver Board of Trade.