Back on solid ground 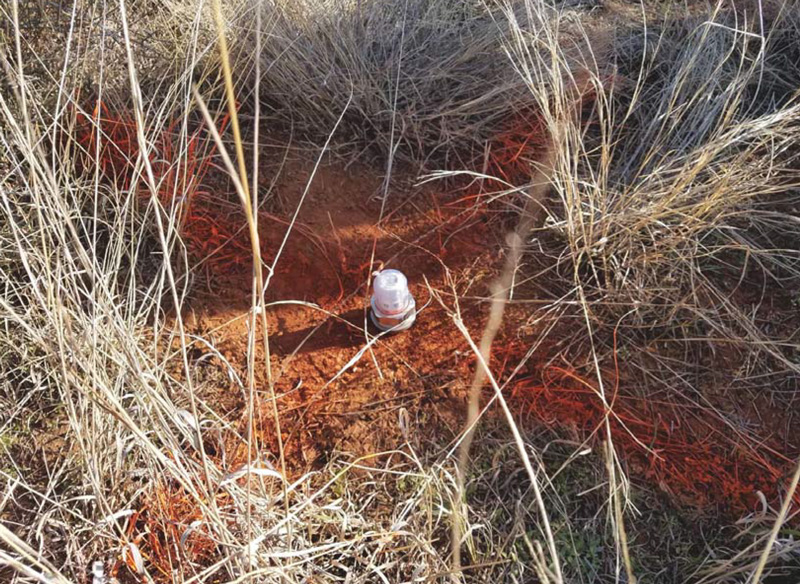 Marine seismic isn’t the only realm where new technologies are making their mark.

A lot of focus in recent years has centered on marine seismic technology-wide- and full-azimuth acquisition, broadband acquisition, ocean-bottom nodes and full waveform inversion, to name a few. But a revolution is taking place on land as well, and it promises to overcome some of the hurdles that have long plagued land crews, namely the manpower and time required to acquire a large survey while working around roads, towns and topography.

From smaller geophones to new Vibroseis techniques, the revolution in land seismic is resulting in quicker surveys that provide better data.

After leaving Global Geophysical, Richard Degner had some time on his hands . Rather than taking up golf, he took up the challenge of overhauling the way that geophones are laid out and retrieved in land surveys. The result is Geophysical Technology Inc.’s new product, NuSeis, a lightweight, cost-effective nodal system that ensures perfect coupling and denser sampling.

“Our unit uses very little power, and the system is lightweight and very robust, so it can be deployed very efficiently,” said Degner, founder and CEO of Geophysical Technology. “If you have a seismic crew with $1.5 million a month in operating costs and you can shave 15% or 20% off of that, that’s very material in the economic outcome for the project.”

The NRU lC nodes devices can be programmed for quality control information that is made available to Android devices so that operators in the field can quickly identify potential issues while shooting. The information also is uploaded to a database that’s integrated with the source control side, he said. Effectively, the entire offering includes an ecosystem that ensures better performance and better operating efficiency.

The coupling issue is particularly important, Degner said, because the geophones pick up much less airborne acoustic noise than geophones that sit on the surface. “We’re seeing at least 4 dB and in some cases as much as 16 dB improvement in signal-to-noise ratio because of our Earth Grip coupling,” he said. And because this is a nodal system that doesn’t require cabling, he added, it can be laid out in a true 3-D grid, removing the coarseness of crossline spacing typical of cable configurations.

While the units already are being used in several surveys, the next step of the journey is the Automator, a machine that will automatically plant the nodes, saving a considerable amount of crew time. The device is fitted with a cylindrical carousel feed that holds 200 nodes or with several cartridges that hold eight nodes each. A self-leveling derrick within the machine adjusts for terrain to plant the nodes at true vertical depth.

“I’m a farmer, so I grew up operating heavy equipment,” Degner said. “The agricultural industry has transformed in the last couple of decades to pilotless guidance systems, full navigation and industrial automation. We’re piggybacking off of that to deploy our nodes.

“The whole intention of our device was for automated handling, ergonomic efficiency, strength of the vessel when it’s planted in the earth, and ultimately robotic or automatic retrieval.”

The system is in testing in a sandy environment because one of its first jobs will be in the Middle East. This region is known for its massive land seismic surveys, and a system that can be operated by one person that can deploy up to 800 nodes per day will be a welcome relief.

“It will remove a very material part of the cost and HSE exposure in a seismic job by reducing the manpower profile of the deployment,” he said. “It self-levels and deploys our nodes uniformly, perfectly vertical, pushed into the ground with equivalent pressure so that the data character trace-to-trace will be identical and of high quality, not the variability that you see in typical geophone plants.

Another company that’s breaking into the land node market is Innoseis. Its Tremornet node is an ultralow-power sensor that’s much smaller than conventional geophones and is designed to scale up to 1 million node networks while enabling surveys in topographically challenging areas. Despite its small size, company literature indicates that it offers high signal fidelity with a large dynamic range.

Land crews have long wanted to take a page out of marine seismic’s book when it comes to broadband acquisition, which acquires a greater range of frequencies and results in better images. But it’s awfully expensive.

“It’s never really taken off on land because the vibrators weren’t designed to shake to those low frequencies,” said John Archer, vice president of technology and business development for Geokinetics. ”We have to tweak them to get them to do it. That adds a lot of time to the length of the sweep .” He added that to get an additional two octaves at the low end of the frequency range, a sweep can double in length, from 12 seconds to 24 seconds, for example, which adds cost.

”We thought we could take that approach to seismic as well,” Archer said. “Typically the vibrators acquire exactly the same sweep at each location, which can be time-consuming when those sweeps are extended into the low frequencies. By taking advantage of the fact that we don’t actually need to have one of those sub-woofers at every location, we can space them out and acquire fully sampled broadband data without significantly increasing the time and cost.”

The idea was slow to catch on, partly because of the downturn, but it is rapidly gaining momentum. Geokinetics has acquired Symphony broadband data in the Permian Basin, Australia and Mexico and has another large 3-D survey mobilizing in Australia. The industry needs proof that the concept will result in better data. And it’s a new way of thinking.

“We’ve been promoting it to our clients for a long time,” Archer said. “Companies want to hold off until someone else has done it in their basin. Then it gets to critical mass, and they all want it at the same time – which is where we find ourselves today.”